The moment you step on Wairarapa soil your heart starts to beat to a calmer rhythm, time slows down enough for you to catch your breath, drink in the spectacular scenery that surrounds you and you feel your body start to relax. 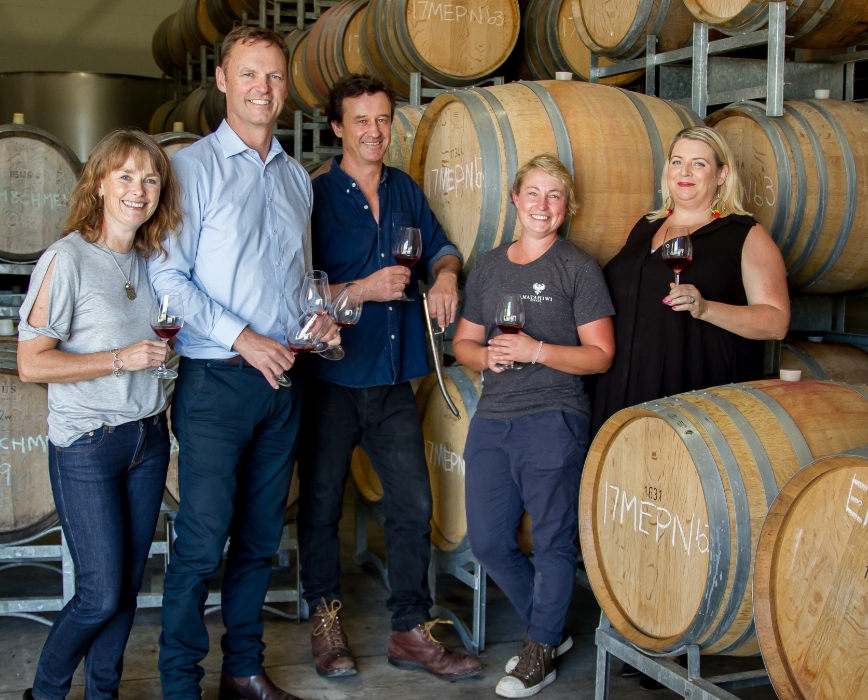 Matahiwi Estate produces its wine according to the criteria of Sustainable Winegrowing New Zealand (SWNZ) over 75ha.

Grapes are predominantly grown in the Wairarapa with small volumes of Chardonnay and Syrah sourced from selected vineyard sites in Hawke’s Bay. The Wairarapa vineyards lie on the north-west outskirts of Masterton, with Pinot Noir and Sauvignon Blanc the two main varieties plus a small amount of Pinot Gris and Chardonnay.

Inter-row plantings promote healthy soils and bio-diversity in the vineyard. The flowering buckwheat and phacelia attract natural predators for some vineyard pests, while clovers, oats, chicory and vetch provide nitrogen and other nutrients to vines when they are mown or cultivated into the ground. To a large extent homegrown mulches and products made from seaweeds and humic acids replace hard fertilisers. Sheep wander among the vines in winter and leaf pluck in summer.

Cropping rates are low and the grapes well exposed in an effort to produce consistently good-quality fruit from this most fickle of grape varieties. A mix of clones and rootstock allows greater flexibility in the final blend, resulting in a Pinot Noir of depth and complexity.

The Wairarapa generally produces small crops of intensely flavoured fruit.  We work hard to introduce a range of flavours into the grapes as they ripen, for example, by leaf-plucking just the morning side of the canopy. We pick Sauvignon Blanc over differing ripeness periods to capture flavour profiles we want in the final wine. 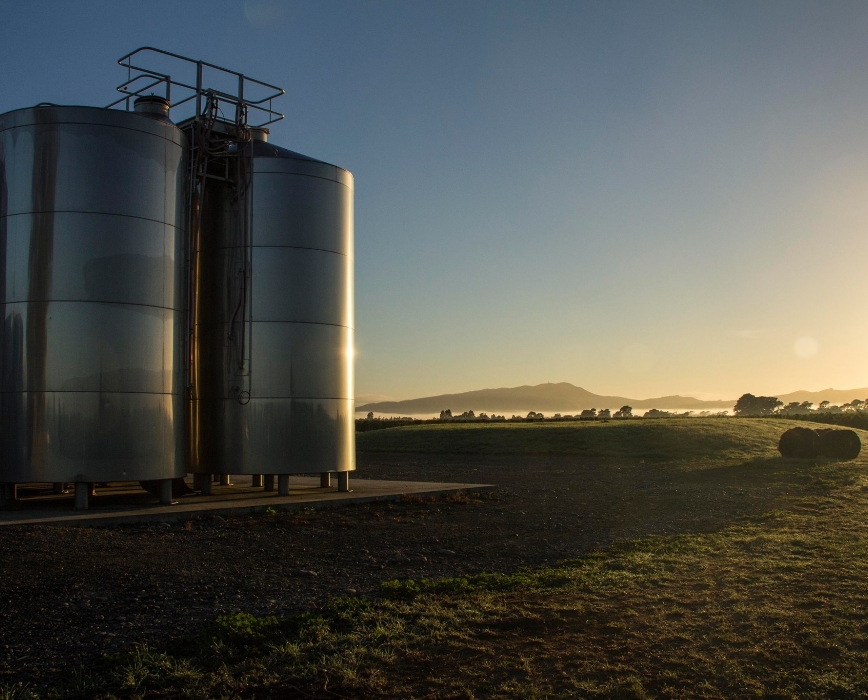 Matahiwi Estate is located in the very heart of the Wairarapa and we pride ourselves on being an award-winning family-owned winery. We have adopted an extensive hands-on approach to our wine-making in line with those used by the finest international wine producers whilst utilising the latest developments in techniques and technology.

Romeo Bragato, an Italian viticulturist & oenologist, was contracted by New Zealand’s Department of Agriculture in 1895 to advise on planting & pruning vines in New Zealand, from which he reported the ideal growing conditions that the Wairarapa & other regions in New Zealand offered potential grape growers.

French wife of early settler, William Beetham, was so inspired by our region when she left her Burgundian homeland to live in New Zealand,1880s and produced the region’s first Pinot Noir vintage in 1897. Prohibition came into force in the early 1900’s which saw an end to winemaking in the region.

Our Logo – The Phoenix

We adopted the mythical sacred firebird, the Phoenix, which has long been seen as a symbol of renewal as our logo. The Matahiwi Phoenix symbolises the rebirth of winemaking in the area for the first time since prohibition. 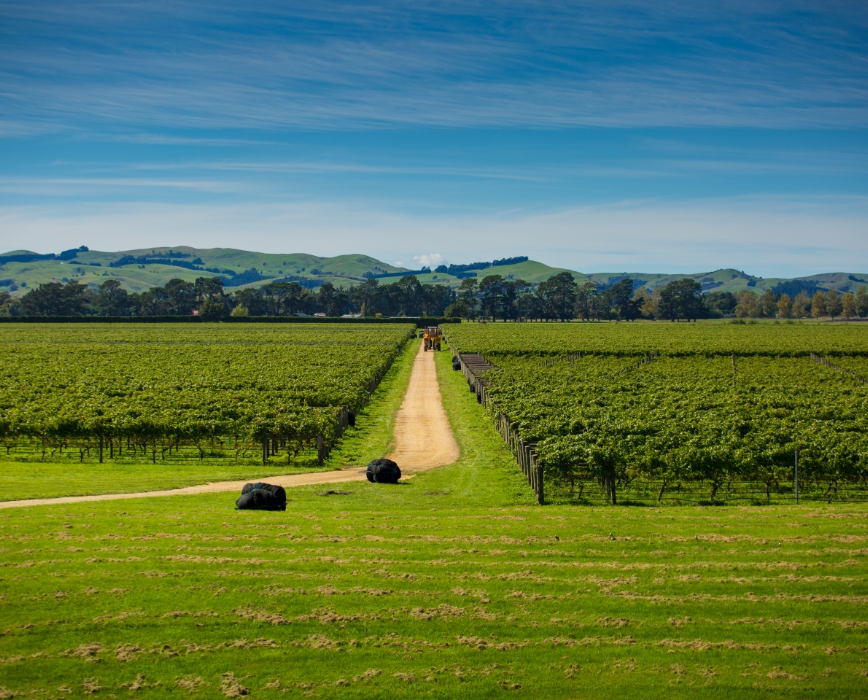 The vineyard soils are typical of the band of free-draining, fine alluvial loams running through the Opaki/Gladstone areas and south to Martinborough, coating the ancient riverbeds of the Waingawa and Ruamahanga Rivers. A relatively long and dry growing season characterises the region, with summer days typically reaching 28-32 C. The diurnal difference increased markedly in late summer and early autumn, resulting in relatively cool temperatures in the last month of ripening – ideal for premium Pinot Noir production. 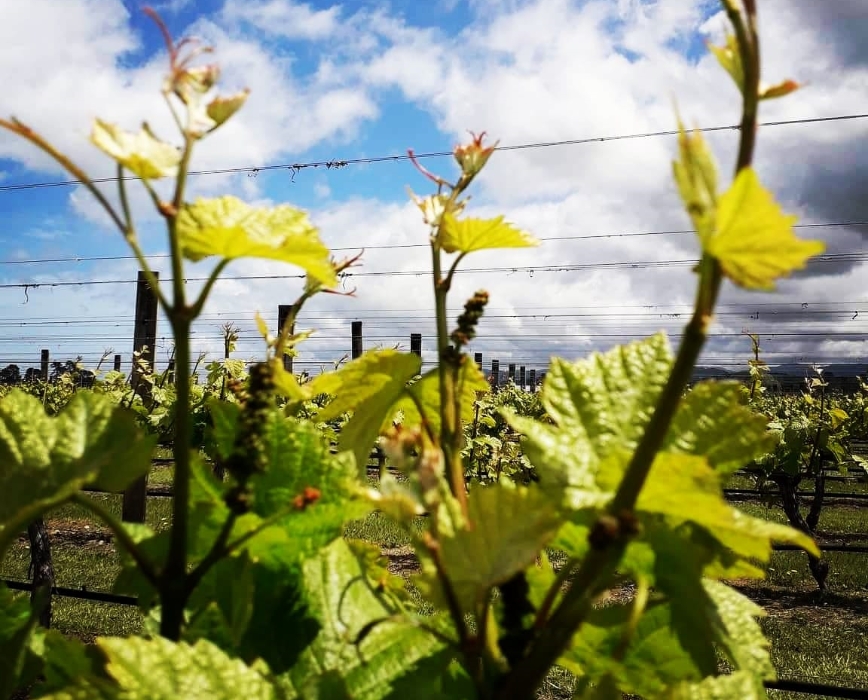 Matahiwi Estate produces its wines according to the criteria of Sustainable Winegrowing New Zealand (SWNZ) which in brief was developed to:

In addition to this, we embrace practices which encourage a healthy and sustainable vineyard. Inter-row plantings promote healthy soils and bio-diversity in the vineyard. The flowering buckwheat and phacelia attract natural predators for some vineyard pests, while clovers, oats, chicory and vetch provide nitrogen and other nutrients to vines when they are mown or cultivated into the ground.

The winery continually tests different viticulture and winemaking methods, including organic regimes on certain Sauvignon Blanc and Pinot Noir blocks. To a large extent, home grown mulches and products made from seaweeds and humic acids replace hard fertilisers. Sheep wander among the vines in winter to eat the grass and fertilise the soil as well as leaf pluck later in the growing season.